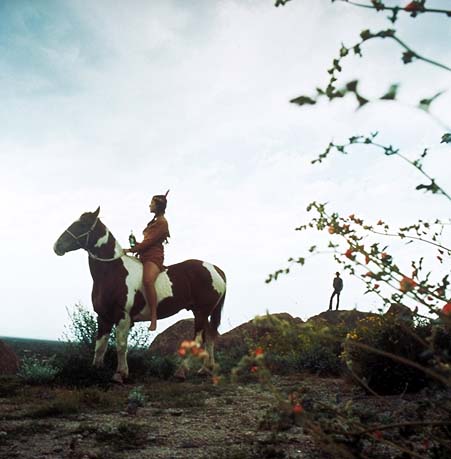 As is known from biblical and archaeological records, the Great Deluge destroyed all mankinds, except Noah, his wife and their three sons Shem, Ham and Japheth together with their wives. Thus all kindred, creeds and nations originated from these eight survivors.

The people that inhabit Southeast Asia in present times are Gomers descendants, according to previous-century historian Dr Herman L Hoeh. It is claimed by Dr Benjamin Rea that Magog, Tubal and Meshech passed through between the Black and Caspian Seas (initially from Palestine) north and eastwards. Magog is the sizeable region occupied by the Mongoloids. Assyrian inscriptions suggest that the descendants of Tubal today inhabit the area surrounding Tobol'sk, Russia. The commonly accepted translation of Meshech is Mishi or arguably Moscow. Madai is the father of the Medes (West Iranian-speaking Indo-Europeans 600500 BC)  today the Ukrainians, according to Jewish historian Joseph ben Matthias (Latinized to Josephus ?37?100 AD) and Roman writer Pliny the Elder (Gaius Plinius Secundus 2379 AD). In like the manner, Javan is Greece.

Tiras descendants migrated along the Black and Mediterranean Seas before the Greeks expatriated them (HL Hoeh). The nations of Thrace surrounding the Aegean Sea were of red complexion, according to the so-called father of history, Herodotus (?485?425 BC), who was a Greek. Thrace was inhabited by local people and the Celts (e.g. the Getae). Celts were Celtic-speaking Indo-Europeans who populated Britain, Gaul (i.e. N Italy, France, Belgium, partly Germany and S Netherlands), Spain, etc. before Roman times. From classical studies the Thracians had straight, black hair with scanty or no facial hair, dwelled rurally and were good in combat. (Thiras called those over whom he ruled Thirasians, although the Greeks called them Thracians  Josephus.) Many islands in the Aegian Sea have names (e.g. Thíra) phonetically similar to American tribal names. The Androa tribe of Oregon advanced towards the west from Ándros (Greece) probably via the Bahamas, hence the name Andros meaning forest-dwellers. It is postulated that the Patoes of Colombia are originally from the Island of Patmos, the Lecos of Brazil from Léros, the Piros or Peiraieis of Chihuahua (Mexico) from Piraiévs, the Nahoas from Náxos, the Haquios of Guatemala from Aquis, the Siquias of Honduras from Síkinos, the Anafes of Brazil from Anáfi, and the Arapahoes or Karpazos of Colorado from the Island of Kárpathos. A remarkable connection of names! According to Dr Jackson, Professor of Languages at the University of Edinburgh, the British Picts (Celtic people of Scotland who frequently raided borderland during Roman times) were earlier related to the Illyrians (arguably modern-day Albanians) and Thracians (peoples of SE Balkan). Both these peoples had a culture of body tattooing and human sacrificing.

Ancient Phoenicians (in Greek literally red men) explored the Atlantic and northwestern Europe (12001000 BC) setting out from the Mediterranean (NW Syria). Their extinct language belongs to the Canaanitic branch of the Semitic subfamily of the Afro-Asiatic family. Ancient Egyptians depicted (these) reddish men on tomb walls and papyri. The complexion of the inhabitants of ancient Skye and Jura (Scottish islands) was mostly dark, according to Martin. Remnant people as recent as the eighteenth century were still found by anthropologists. Some natives of North America have a fair complexion, presumably because of Danish influence.

In Scotland an ancient painting of a man in full feather garb and bodily markings (tattoos or war paint) was discovered in a cave. The Phoenicians named the city Tyras (Tyre, Tyr or Sur in S Lebanon) in honour of Tiras. From there they moved across Scandinavia to the Scottish Highlands. The one-eyed warrior of the Danes, Votan the Great (also Woden, Odin, Danus or Dan  hence Denmark), left his palace at Thrace by the Black Sea and founded the Danish Kingdom before David from the Tribe of Judah became king of Israel (?1000 BC). A scholar from Iceland, Snorri Sturluson, recorded in the 1100s (AD) that Votan explored the whole world, arguably the western world. The first clear documented settlement in Scotland was the people of Dan I (Danus One or Wotan) of Denmark who arrived in 1040 BC. He had a mixed tribe of people with him known as Agathyrsi or Thyrsagetae (Agathirsi according to WH Gregg) possibly connected to the lineage of Thiras or Tiras. According to German researcher Eichwald, Thyrsagetae are the Getae of the Tyras River. The word Pict is of Roman origin meaning pictured or painted, as it was given to the painted and tattooed people of red complexion who were found by the Romans when they invaded Britain (Old English Peohtas; Late Latin Pictî). The Cruithne were of fair complexion and farmers by occupation, unlike the red creed that subsisted off the land. The descendants of both peoples were in evidence in Scotland up to 503 AD.

From The Origin of the American Indian by Ron Fraser
(The Philadelphia Trumpet, December 1997)  {VWM & Associates do not support Anglo/British Israelism (BI)}


HOME (Back to Index)