Flood Scenes in and around Skukuza 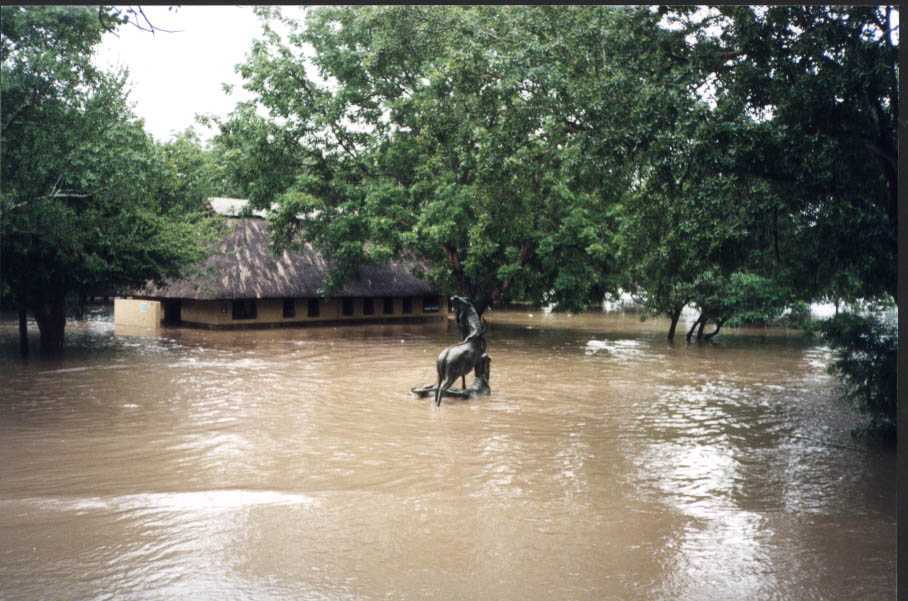 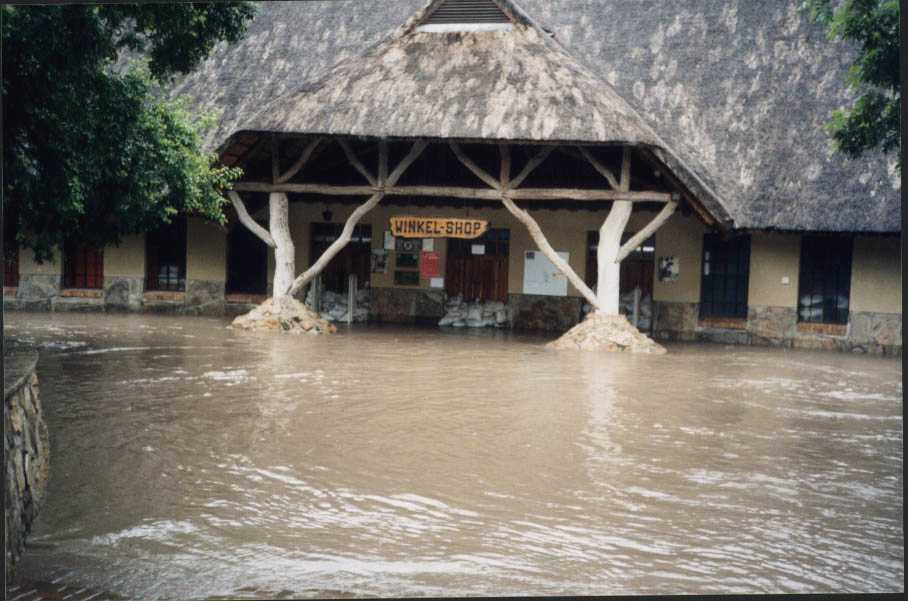 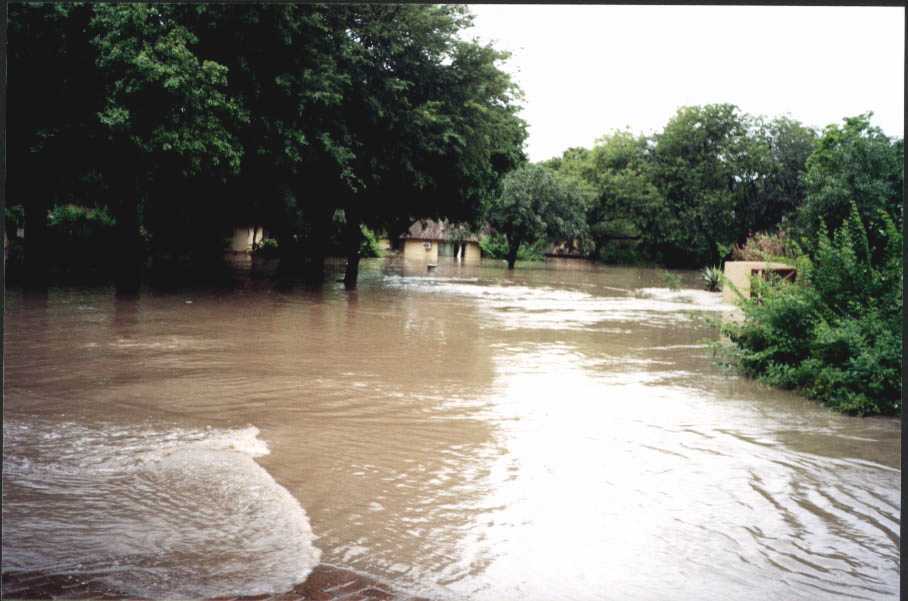 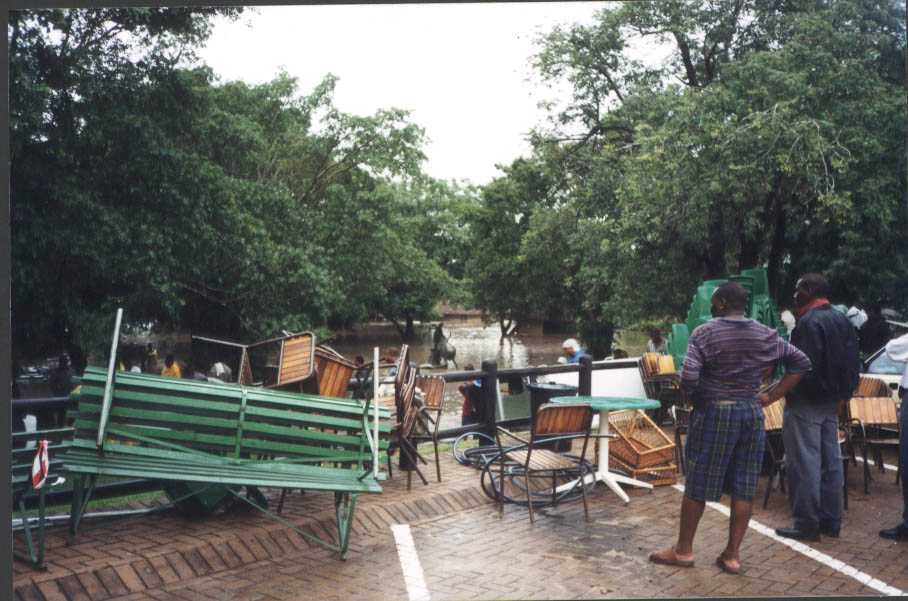 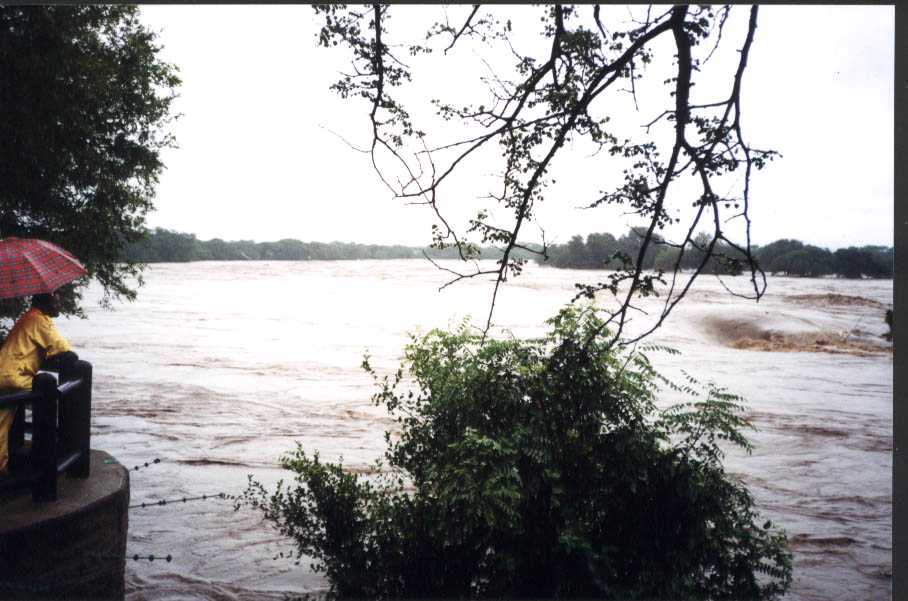 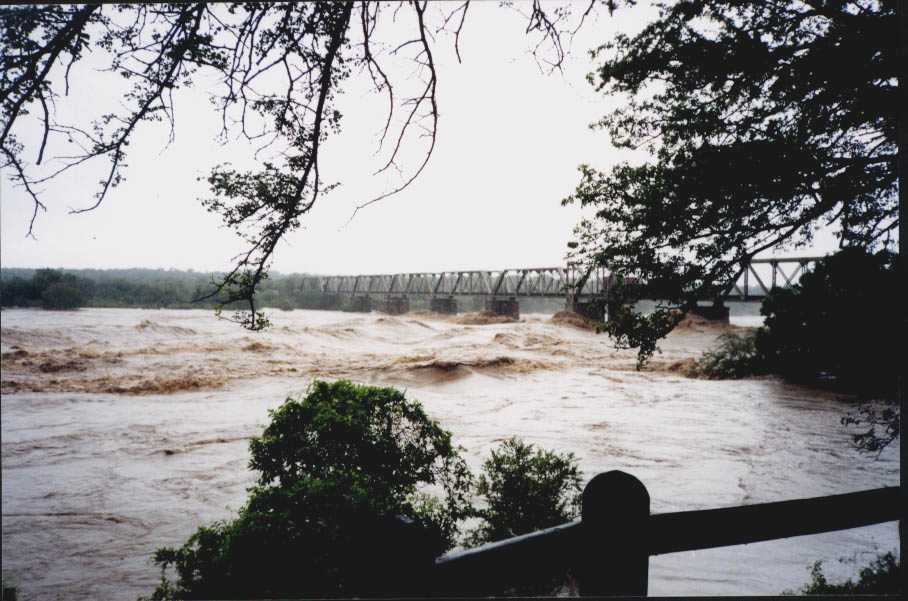 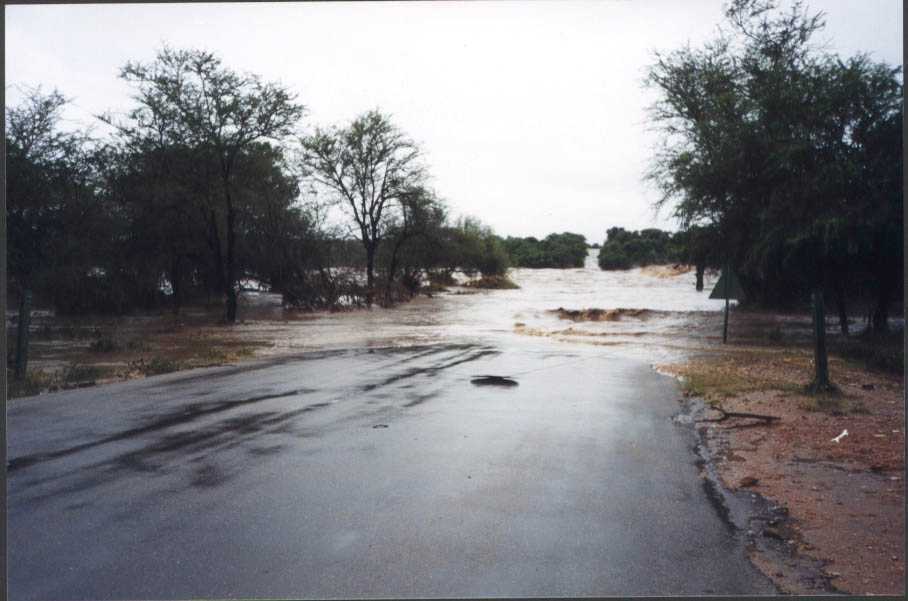 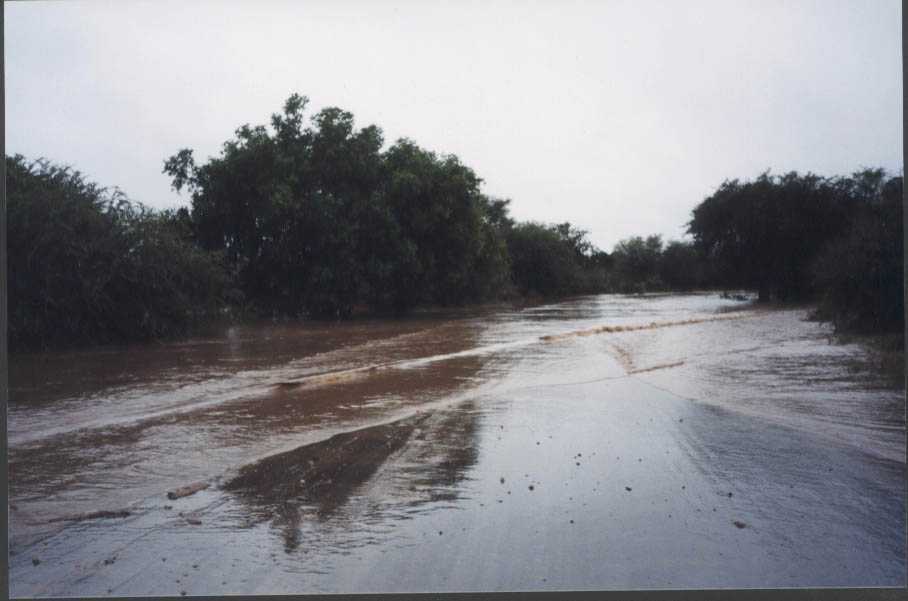 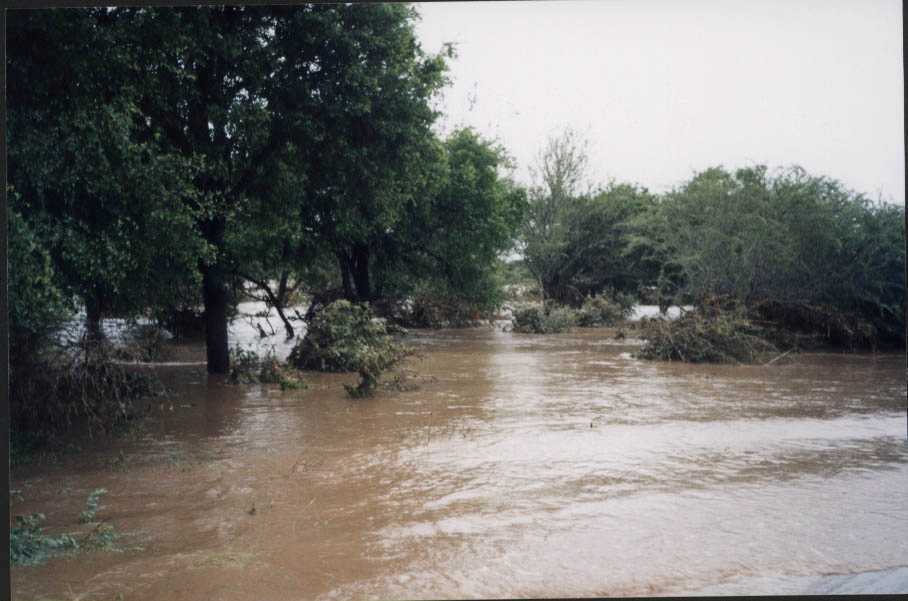 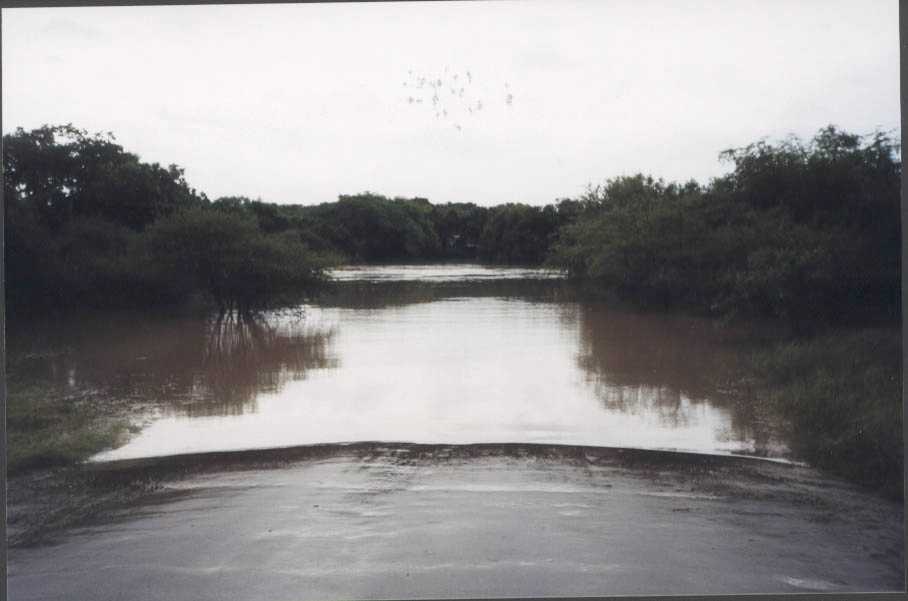 Along the Sabie River after having burst its banks.            Nwaswitshaka low water bridge to Skukuza village. 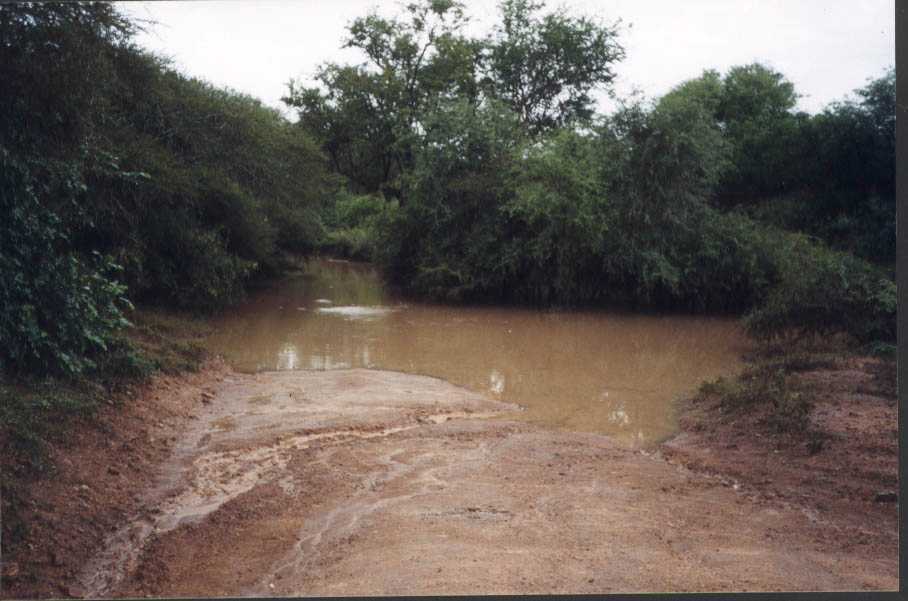 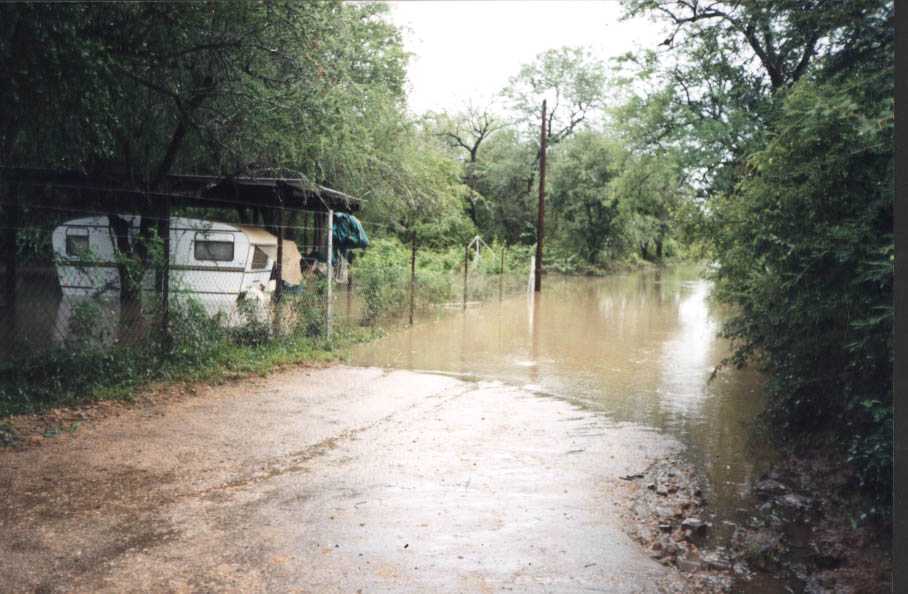 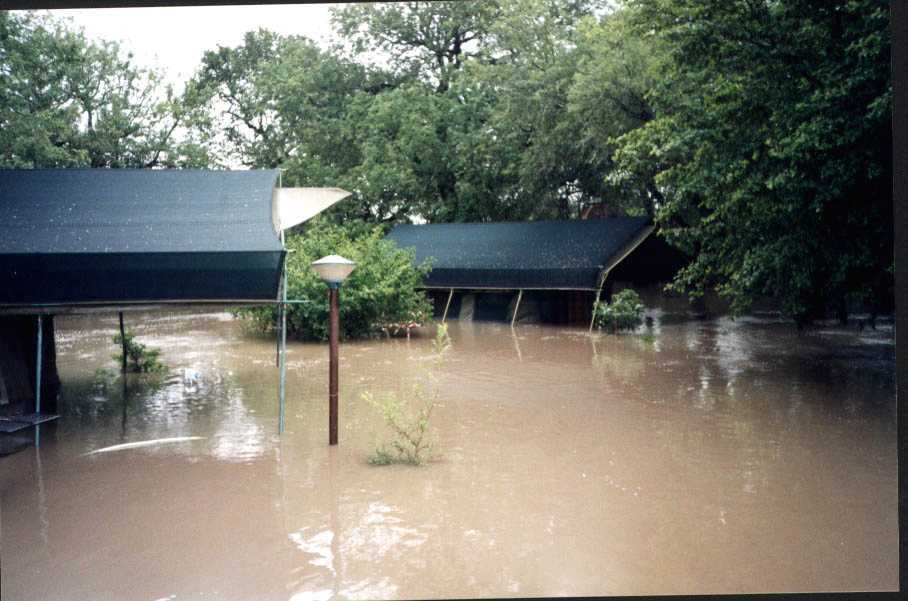 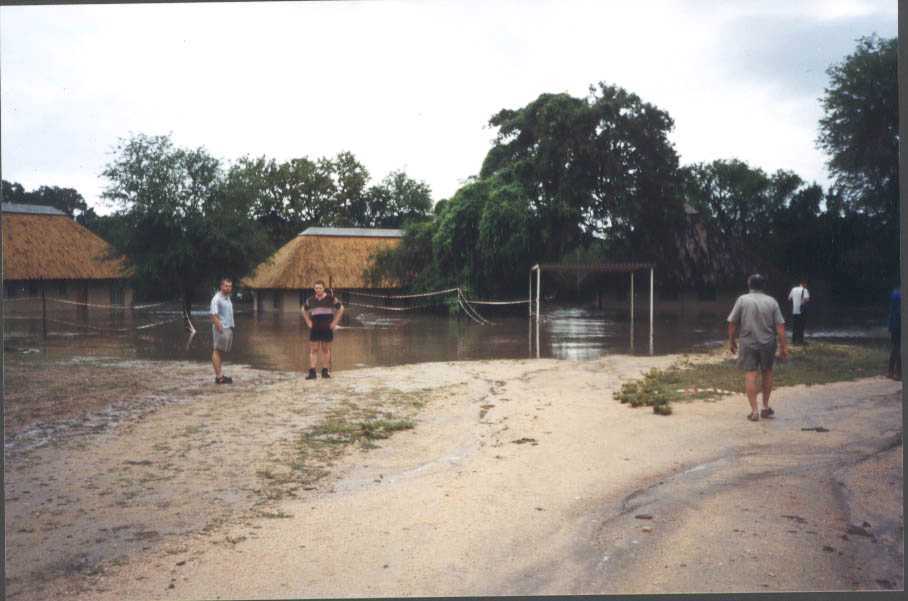 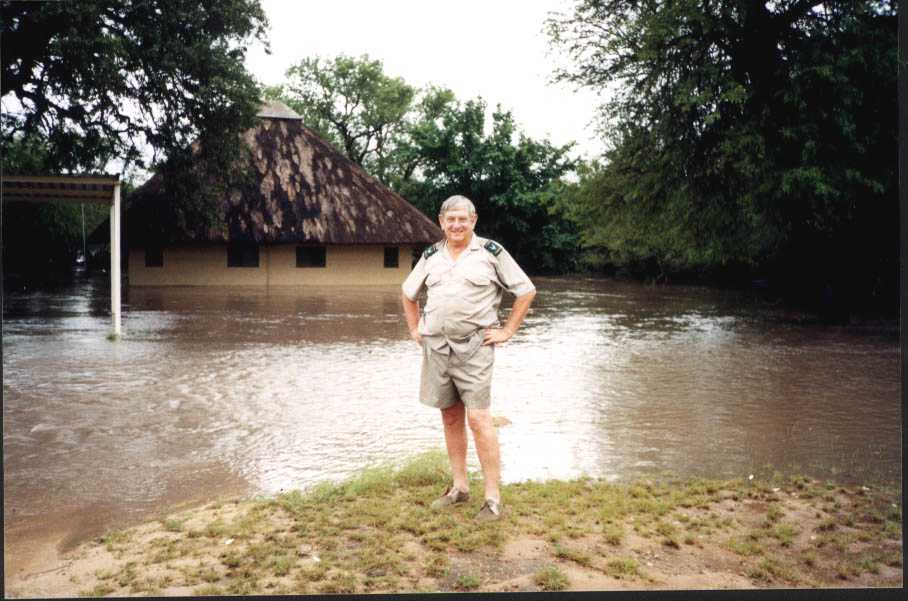 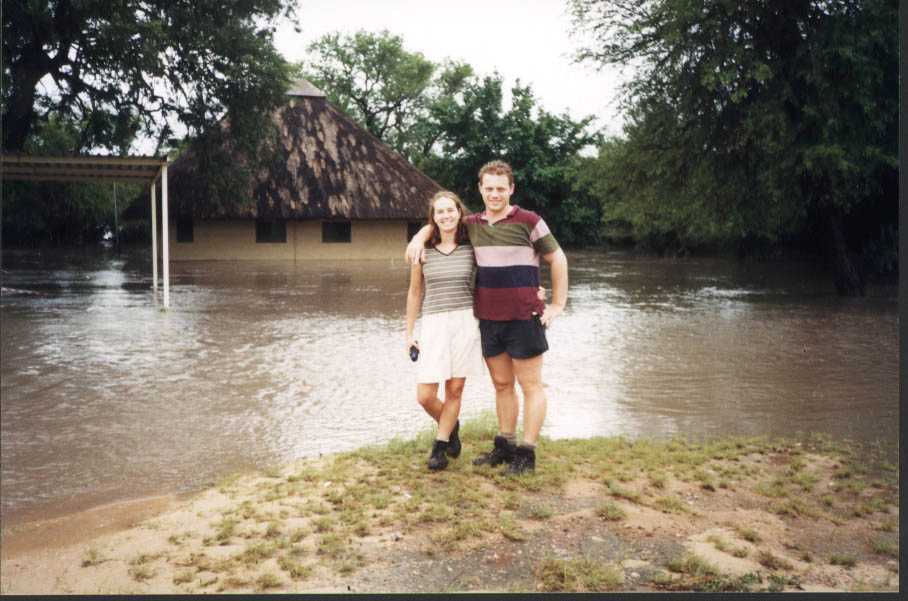 Left: André Potgieter steer-headed rescue operations as manager of the camp. His normal scientific duties had to wait
that day, except for discussions about weather patterns and future revamping! The waters had already begun receding.
Right: Lin-Mari de Klerk and Gabby Meissner. (TUKS squaredavel  Centre for Wildlife Management  in background.) 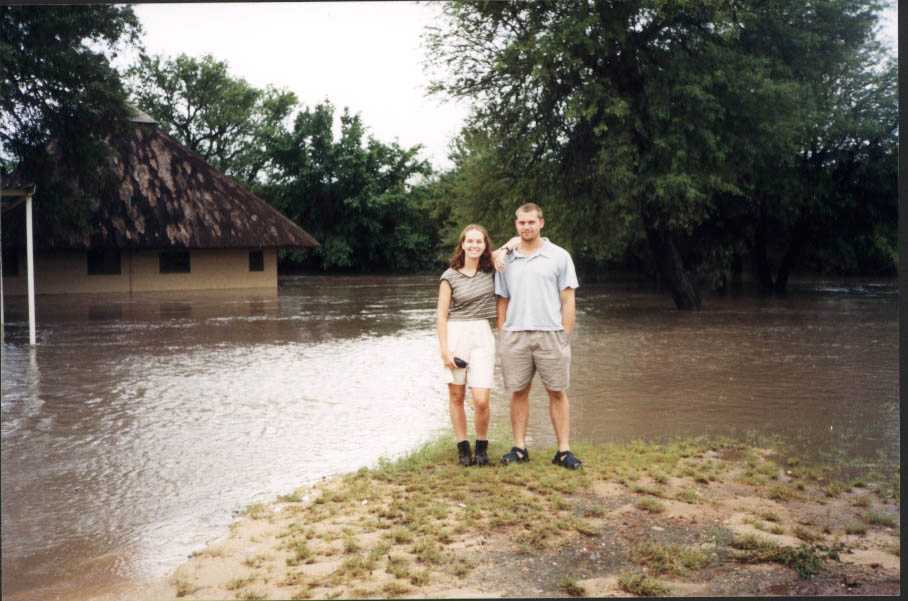 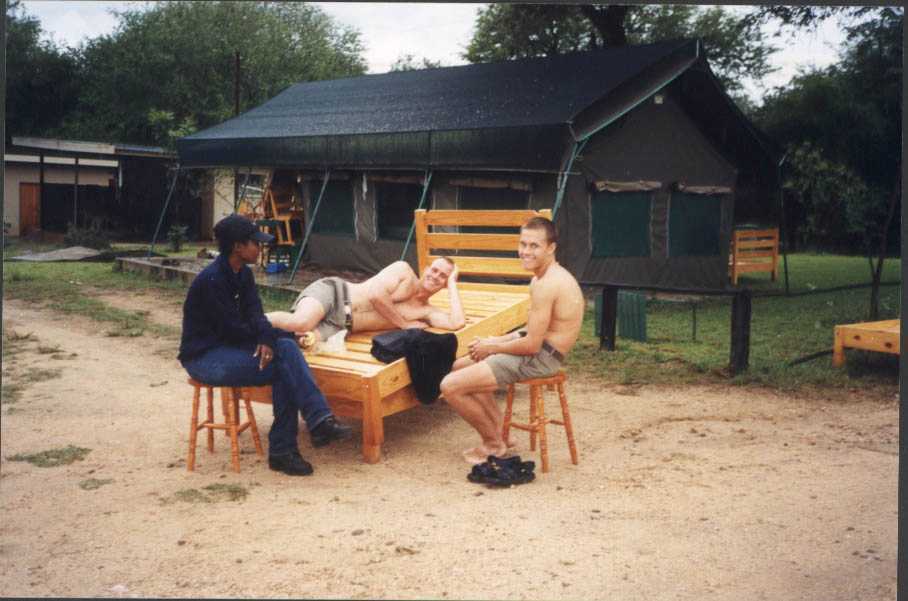 Lin-Mari de Klerk and Wilhelm Meissner.                          From left to right: Musa, Justin and Matthew in front
of the only tent that didn't get flooded! They found my
computer disks (stiffies) for which I'll be forever grateful!


Thanks to all who contributed financially, logistically, infrastructurally, emotionally, and in whatever way to alleviate disruption caused to flood victims and everyone affected in some way;
in rescue operations and getting basic conditions  water, sanitation and electricity  back to normal as quickly as they could; who gave of themselves during and after the floods;
for thoughts of goodwill and prayer. May God compassionately reveal himself unto you: He is able to do exceedingly above what we can ask or think!

I thank Lin-Mari de Klerk who generously supplied her photographs and who made the effort that day (7 February 2000)
of getting around to record the ordeal on film. Also to Sandra MacFadyen for assisting me with digital capture of the photos.


HOME (Back to Index)